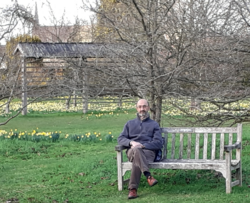 Current work: Although I started out as a researcher in computer networking in 1988, since 2010 my focus has been on reducing the carbon footprint of energy generation, transportation, and buildings. I have recently been studying carbon sequestration and biodiversity potential of forests, looking at both conservation and restoration.

Here is a more detailed list of what I am currently working on.

Part II/ACS Projects: Here is a list of potential projects. I will be happy to supervise similar projects.